- Religious affect and varieties of European secularity in Denmark, Spain, and Turkey 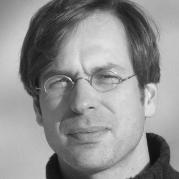 Associate Professor at Department of Anthropology, University of Copenhagen, Heiko Henkel, has received a grant of 5.8 million DKK from The Danish Council for Independent Research in Humanities (FKK – Det Frie Forskningsråd, Kultur og Kommunikation) for the project “Religious Citizens: Religious affect and varieties of European secularity in Denmark, Spain, and Turkey”. The grant period is from January 2014 to December 2016.

- This grant from the Danish Research Council gives us the opportunity to look more carefully at the ways religious traditions and secular national traditions are interwoven across Europe. I am particularly excited that the grant facilitates a close collaboration within our research group and with a number of associated scholars from Danish, European and North American Universities, says Heiko Henkel.

The research group consists of two PhD fellows financed by the grant: Ida Hartman working in Turkey and Astrid Grue working in Spain, and Associate Professor Anders Berg-Sørensen from the Political Science Department.

Religions and secular traditions
The project explores how religious citizens associated with Lutheran Protestantism in Denmark, Catholicism in Spain, and Sunni Islam in Turkey, draw on - and are shaped by – both these religious traditions and the traditions of secular citizenship particular to each setting.

With its three case studies in Denmark, Spain, and Turkey, and a broadly comparative sub-project exploring the convergences and distinctions of secularism across Europe, the project seeks a better understanding of everyday religious life and its intertwinement with diverse formations of the secular by consciously disregarding the conventional division between “religious” and “secular” domains.

Read more at the website of The Danish Council for Independent Research.

The Danish Council for Independent Research (DFF) funds specific research activities, within all scientific areas, that are based on the researchers' own initiatives and that improve the quality and internationalisation of Danish research. The Council is affiliated with the Ministry of Science, Innovation and Higher Education.

The Danish Council for Independent Research in Humanities (FKK) is one of the branches in (DFF). It funds specific research activities based on researchers' own initiatives within and across all scientific fields covered by the Council and it provides research-based advice within the Council's scientific areas of expertise. In 2013 the Council has granted approximately 82 million DKK to different projects.

Read more at the website of the Council for Humanities (Kultur og Kommunikation).