Enchanted Ecologies and Ethics of Care 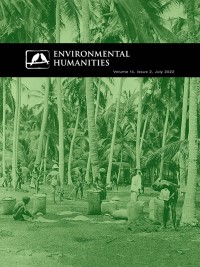 In their common introduction, Stine Krøijer and Cecilie Rubow outlines Bennett’s conceptual groundwork and its reception and discusses its continued analytical purchase for understanding the unsettling moods and contradictory affects produced by colonialism and ecological change. Building on recent anthropological contributions to the ethics of care, the authors propose to broaden the way in which we think about ethical doings, so they also come to involve unsettling affects, various subjectivities, and more dynamic ecological relations.

For the same issue, Cecilie Rubow has also contributed the article ‘The Indoor People’s Enchanted Ecologies’ following a recent Danish book release on the nature of indoor people.

Contrary to the taken-for-granted dictum in nature politics and in public media that “loving nature prompts care,” the article considers less intuitive relations between love and ethics. Through the analysis of different enactments of natures in Denmark and a reading of Jane Bennett’s Enchantment of Modern Life, it captures how sensibilities and moralities swing from anethical moments to affective forms of responsibility.

By comparing walks at a recreational beach with activists’ campaigns at a peri-urban commons and a climate activist march in the capital centre, Cecilie Rubow proposes, inspired by Bennett, to think of a variation of chords of wonder and ethics. Dissonantly, the chords of the enchanted ecologies range from magical moments in remote nature to love and respect for co-living plants and animals, and to the perplexing and motivational awareness of one’s entwinement with the whole planet. This reconceptualisation of enchantment speaks to the depth of the ecological crises.