One or the Other: Synecdoche and Representation in Taiwan-Japan Controversies 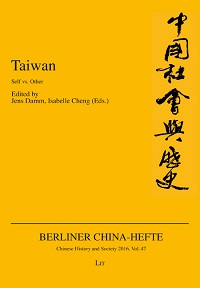 Postdoc Jens Sejrup contributed to the Berliner China-Hefte - Chinese History and Society with the paper "One or the Other: Synecdoche and Representation in Taiwan-Japan Controversies"

The paper investigates the rhetorical interconnections between synecdoche and representation in debates, controversies and political protest initiatives following the introduction into Taiwan of two Taiwan-related Japanese publications, one historical revisionist manga cartoon and one Japanese guidebook to prostitution in Taiwan. Doing so, the paper argues that these controversies revolved around discursive representations of exclusionary collective self-making and othering through specific techniques and deployments of the rhetorical figure of synecdoche. The aim is to show how key political and mass-media agents have shaped their positions through the strategic deployment of synecdoche as a rhetorical catalyst for ascribing representative functions to ideological opponents, for engaging in explanation and speculation over motives, and for passing moral judgments on specific acts and utterances. At the same time, the paper shows how opponents have deployed a corresponding defensive strategy for diffusing synecdochical logic to order to escape such representative functions and to avoid the suggested large-scale responsibility.

Jens Sejrup: "One or the Other: Synecdoche and Representation in Taiwan-Japan Controversies" in Berliner China-Hefte - Chinese History and Society, Bd. 47, 2016