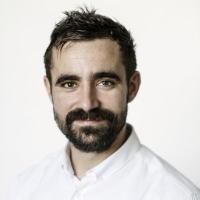 I am an assistant professor at SODAS and the Department of Anthropology, where I research and teach on themes such as data politics, data ethics, attention, digital anthropology and computational anthropology.

I am part of the team on the ERC funded project DISTRACT - The Political Economy of Distraction in Digitized Denmark, where I am also vice-PI and project coordinator. I am also heading a smaller research project examining Data Protection Officers after GDPR in public and private organizations.

Another strand of my research examines how disasters shape societies and communities. I have worked in Central Europe (Germany) on transformations of civil society and the social meaning of critique after floods, as well as in the South Pacific (Fiji) on the epistemic cultures of disaster management experts. I have been a part of the interdisciplinary project Changing Disasters and am a member of the Copenhagen Center for Disaster Research (COPE).

I am the coordinator of the DICAN network (Disaster and Crisis Anthropology Network), a network under the EASA (European Association of Social Anthropology). I am also part of an appointed research network on RealDania's campaign "Cities and the Rising Sea", which supports Danish municipalities work on storm surge management.

I am currently working on my first book with the tentative title "Disaster and Dissent: An Anthropology  of Critique in the Age of Climate Extremes."