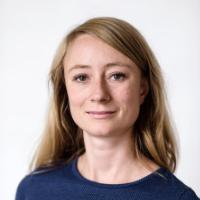 The main thrust of my research revolves around Islamic commitment, citizenly engagement and political contestation in contemporary Turkey and among Turkish migrant communities in Europe.

My current research (2020- ) is part of the DFF funded project Affect and Infrastructure: Turkish rifts in European civility. It traces how political upheaval in Turkey reverberates across Turkish migrant populations in Europe, both responding to and reshaping different European citizenship traditions. As Turkey has been shaken by political turmoil and economic crisis, citizens, residents and emigrants have been forced to take sides. Drawing on fieldwork in Denmark, Germany and England, the project explores how the diverse infrastructural and affective environments of different European nation states affect these processes and generates multiple forms of civil contestation.

My PhD project Serving God and the Nation: Religious citizenship and societal upheaval in contemporary Turkey focused on the escalating conflict between the Turkish AKP-government and the powerful Sunni Muslim Gülen-movement. Poised at this critical historical juncture, it unraveled the dynamics and tensions between Islamic commitment and citizenly engagement and analyzed how the conflict reconfigured Turkish society through the emergence of surprising alliances and deep-rooted forms of suspicion. The research was part of the collective and interdisciplinary project Religious Citizens: Religious Affect and Varieties of European Secularity in Denmark, Spain, and Turkey.