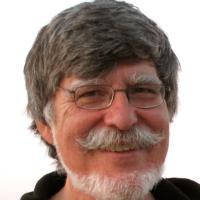 dissertation title: The Ideology of Descent in Bunyole

Other Projects and Research (selected)