Article: "Resala - a message about giving: Charity, youth voluntarism and an emerging imaginary of Egypt"

Article by Sara Lei Sparre, former PhD Fellow at the Department of Anthropology.

An emerging imaginary of Egypt 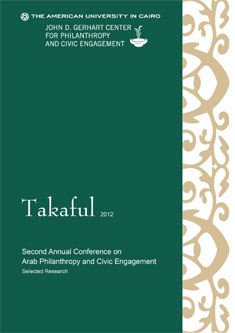 Focusing on the time both before and after the Egyptian revolution, this paper explores the formation of a specific imaginary of Egypt among middle class youth engaged in charitable activities in the youth organization, Resala.

Through the case studies of two young female volunteers, Sara Lei Sparre presents examples of how participation in Resala’s activities simultaneously exposes volunteers to and engages them in the production of a certain imaginary of Egyptian society, an imaginary of an imperfect society that can be improved through their voluntary effort.

Youth and collective consciousness
The experiences of the two women furthermore reflect important differences and tendencies within the organization as a whole. These differences tell us something about how the imaginary is understood and practiced in slightly different ways, but more importantly, they demonstrate how a shared imaginary has the potential of uniting young people of various backgrounds and experiences.

Although Resala was established with the explicit purpose of assisting Egypt’s poor, Sara Lei Sparre argues that Resala is also – and perhaps primarily – a space where a new collective consciousness about Egyptian society was fostered, a consciousness which somehow has prepared these young people for the Egyptian revolution.