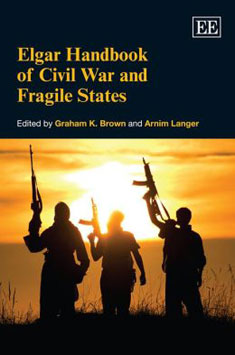 This new approach pays attention to the fact that conflicts are embedded in global processes and acknowledges women’s multiple roles in violent conflicts as victims, but also as perpetrators and complicit actors in militarization, or as actors in recovery, peace building, and societal and political transformation..

Book review
The book “is an impressive volume. Its distinguished contributors offer a rich menu of courses, ranging from conflict and war to peacemaking, transitional justice, peacekeeping and powersharing. Encyclopdic in its scope, the volume encompasses many different approaches to stimulate and provoke the careful reader. It serves up a feast for scholars and policymakers alike” – Donald L. Horowitz, Duke University, USA.

Read more about the book on the publisher’s website.