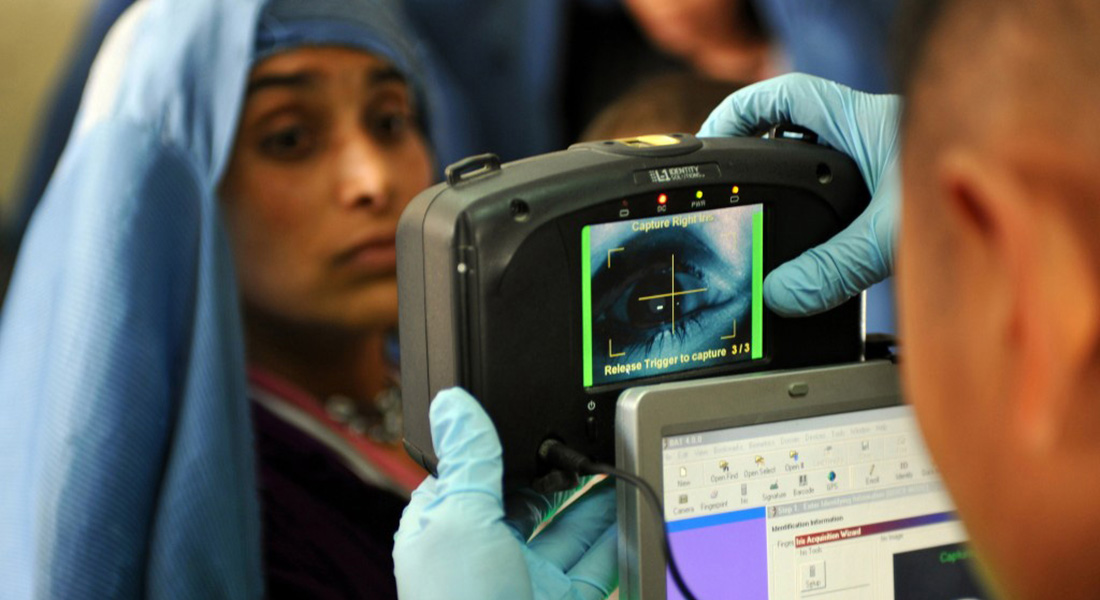 THE PROJECT IS CLOSED
Project period: July 2016 to December 2019

The collaborative research project 'Biometric Border Worlds' was initiated in July 2016, funded by the VELUX FOUNDATIONS. On the one hand, it explored the epistemological foundations, practical applications and social implications of biometric technologies in the context of migration. On the other hand, it investigated migrants’ experiences, knowledge and (attempted) circumvention of biometric technologies, and how this may have influenced further technological development.

Recent years have seen increasing use of biometric technologies to track the movements of migrants and refugees and register their identities. As global voluntary and involuntary (refuge) migration continues to rise, there have been significant investments in the development of biometric security measures and border control techniques. While biometric technologies are often portrayed as objective by developers and stakeholders, they are, in fact, embedded in specific societal contexts. This anthropological project examined such contexts, focusing on how new technologies came into being, their social and political significance, the assumptions attached to their use as well as the identities, practices and relations that they enabled and/or disabled. The project was highly topical and offered an important contribution to research on migration, identity, subjectivity and social relations, as well as an ethnographically grounded contribution to studies of surveillance and technology.

The project was being carried out by Professor Karen Fog Olwig, Kristina Grünenberg, Perle Møhl & Anja Simonsen, all based at The Department of Anthropology, The University of Copenhagen.

A) Biometric technologies and bodies in the making

D) 'Did you get your fingers taken?' : The experiences of biometrics among Somali migrants and brokers in transit

All from the Department of Anthropology, University of Copenhagen.

Book
In the book ‘The Biometric Border World – Technology, Bodies and Identities on the Move’ (Routledge 2019), the researches behind the project examine how biometrics are developed, put to use and negotiated in key European border sites.

National and supranational authorities and industry promote biometric technologies as scientifically exact and neutral methods of identification and verification, and as an infallible solution to security threats. However, the ethnographic case studies in the book demonstrate that the technologies are, in fact, characterised by considerable ambiguity and uncertainty and subject to substantial subjective interpretation, translation and brokering with different implications for migrants, border guards, researchers and other actors engaged in the border world.

Journalistic article
The project and book is also described in a Danish article on the homepage of the department (10/12 2019):
Biometri - når grænsen kryber ind i kroppen

Biometric technologies that use digital representations of bodily phenomena to identify individuals have become an institutionalized method of registering and recognizing persons, thereby establishing their right to cross borders. Based on situated ethnographic fieldwork among tech-developers, border police, forensics, IT hacktivists and migrants, the special issue illuminates how biometric technologies are put to use and experienced by the diverse social actors who imagine and promote, develop, employ, are subjected to and attempt to circumvent such identification.

Biometric Border Worlds was funded by the Velux Foundations