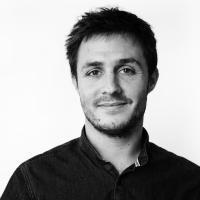 My current research forms part of Engaging Communities in the Green Fuels Transition, a collaboration between the Department of Anthropology, the Department of Communication and Psychology at Aalborg University, and several external partners. The project seeks to understand localized resistance to various forms of green energy interventions in order to facilitate local support for necessary transitions. In this anthropology electric, I am particularly interested in what we might think of as energy ethics.

My PhD project, entitled For the Love of the Living: A Rubber-boot Quest for the Biocene in Aarhus, Denmark, explores the ethically and politically charged lives of a community of vociferous biodiversity-championing biologists and traces how ecological thought travel and mutate as such biologists-cum-eco-activists move from the university setting through sites of civic engagement to the intricacies and conundrums of everyday life. From this empirical jumping-off point, the project investigates the ways in which ecological sensibilities, attunements, and respons-abilities are configured and cultivated through and sometimes despite of the scientific practices of the so-called science of life.

The project was part of the Enchanted Ecologies in Scandinavia project that provided new ethnographic accounts of the cultivation of enchantment in nature-oriented experiences among self-declared secular people in Scandinavia. The overarching project also developed new ways of theorizing enchantment and explored how enchanted moments in different ways may relate to ethical and political concerns.