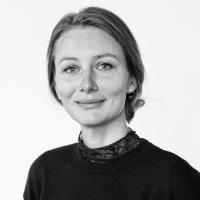 The PhD-project: Since the Danish national intelligence and security service (PET) has assessed the terror threat against Denmark to be significant and a number of terrorist attacks in neighboring cities such as Berlin, Stockholm, and Paris have taken place in public spaces, The City of Copenhagen has started planning how to secure The Inner City of Copenhagen and its public spaces better against terrorism. The PhD-project follows this counter-terrorism process.

- Both in the offices of The Municipality of Copenhagen and with the consultants working on the securing project. Thereby getting an understanding of the professional practice of counter-terrorism in Denmark, including the rationales and roles at play, expressions and understandings of the terror threat and counter-terrorism among professionals, and the hopes and goals expressed in their work. - But also at street level in the Inner City of Copenhagen. Thereby getting an understanding of how people as part of their everyday lives experience the so-called significant terror threat, including which decisions and precautions they make in relation to the terror threat, and perceptions and reactions to the new counter-terrorism installations.

Funded by: Realdania, Innovationsfonden, and the architecture firm SLA