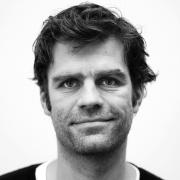 My main research field lies within political anthropology with a special focus on crisis, conflict and crime

Youth, Mobilisation and Social Navigation: This research topic is directed towards improving our understanding of processes of mobilisation and the turn to violence. It is the theme of an on-going research project in which I have followed a former militia of urban men in Bissau City, Guinea-Bissau, since the turn of the millennium. The study builds on extensive fieldwork, using participant-observation, unstructured, semi-structured and structured interviews, and has formed the empirical background for a number of books and articles.

As an analytical optic, the concept of ‘social navigation' allows us to illuminate the way people seek to move their lives in positive directions through a context of political turmoil and instability. It allows us to illuminate the complex interplay between agency and social forces making it possible for us to make sense of the opportunistic, at times fatalistic, and tactical ways in which young people struggle to survive and expand their horizons of possibility by navigating political networks and events.

Ethnographic criminology: Ethnographic methods are particularly apt at illuminating issues relating to contemporary crime. As criminology has traditionally worked with national datasets and registres, in the attempt to understand crime and its development, it has been defined by a methodologically nationalist point of departure. Current transnational dynamics, thus, often sit uncomfortably within the discipline. An ethnographic approach makes it possible to follow cross-border criminal flows and formations in a way that illuminates the social and political logics at play. The perspective is anchored in the ERC-funded project CRIMTANG.

Racialization and globality: Though the focus of this research topic is on racialization, i.e. the way people ascribe racial characteristics to social figures and formations, the argument centres on how the flow of dominant ideas and narratives shape negative stereotypes and inform political and violent praxis. It looks at globalization from below and the way power and politics are related to social imaginaries of race.

The point of departure is that there is a correspondence between the surging social Darwinism and bio-determinism, that we are witnessing in many parts of the world, and globally dispersed ideas of genetics. In a world of increasing economic inequality folk understandings of genetics merge with knowledge of globally uneven distributions of wealth and power, colour lines and geopolitical formations. Race becomes, in the coalescence of the above factors, seen as determining trait in relation to global formations. It becomes seen as the decisive factor that separates rich societies from poor, stable from unstable and war-prone from peaceful. The research builds on fieldwork, using ethnographic methods, in both Europe and Africa.

Crisis and chronicity: The focus on crisis and chronicity aims to improve our knowledge of the processes and formations that emerge from situations of prolonged political, economic or social crisis. Working towards a description of some of the general social and political dynamics of societies caught in prolonged periods of instability and uncertainty the perspective is comparative and seeks to gain an insight into cross-cultural and cross-societal reactions to situations of prolonged crisis.

Illuminations of Illegality: This research project aims at shedding light on the precarious situation of the many undocumented or irregular migrants in Europe, and the way illegalzation comes to shade their existence. The project builds on fieldwork in Lisbon and Paris among undocumented West African migrants struggling to make a living in the cities. Without losing sight of individual lives at play the project seeks to illuminate the structures that inform illegalization and the networks that develop and profit from this ascription.  The study thus contributes to the debate on migration with a simultaneous view on life chances, vulnerability and violent processes.