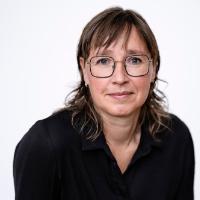 I have a broad interest in climate politics, nature and political activism in Latin America and Northern Europe. I have worked with the performative aspects of protests, time and political cosmology among climate activists,  anarchists and among indigenous peoples in the Ecuadorian Amazon. With a background in the NGO world I also worked and conducted research on forest and climate, indigenous peoples' rights claims, agroindustry and extractive industries in the Amazon bassin.

Over the last years I have worked on a research project called ‘the political life of trees,’ which focuses on human interaction with trees, and the forms of politics and political potentiality emerging from this interaction. The project speaks to a context of escalating social conflict around extractive industries and global climate change, and combines this with a theoretical inquiry into the entanglement of material objects and human projects. The empirical focus is on an indigenous group in the Ecuadorian Amazon and radical environmental activists in Germany. My hope is to contribute to the current debate within anthropology on comparative methodology by exploring how trees, as scales of change in these two contexts, can theorize each other.