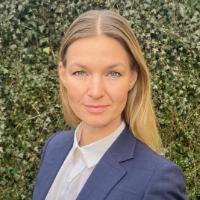 I study how digital media and emerging technologies afford new configurations of space and personhood, adding new dimensions to local environments. My research interests fall within the fields of:

My recent monograph Why Muslim Women and Smartphones: Mirror Images published by Routledge in 2020 fuses the above-mentioned thematic fields with my interest in the politics of representation and methodology.

I convene the European Association for Social Anthropologists’ Future Anthropologies Network (2016-), working towards an engaged, interventionist, and public anthropology. I have recently finished the research project ARTLife: Articulations of Life among Afghans in Denmark, experimenting with co-generating spaces of articulation, where I have co-produced film, texts and web content as part of the ARTlife Film Collective. I am interested in imaginaries and ‘the flow of images’ across mass media, social media, dreams and visions. Filmmaking is an integrated part of my practice, and I have received awards at documentary film festivals, and within the discipline, such as the Royal Anthropological Institute’s Basil Wright Film Prize.

I am currently working on two co-edited books, An Anthropology of Technologies and Futures (Routledge), and Energy Futures (De Gruyter). I have been visiting scholar, Department of Anthropology, UC Berkeley (2016), Digital Ethnography Research Center, RMIT (2018) and Emerging Technologies Lab, Monash University (2020). As a master student, I was affiliated with the African Gender Institute, University of Cape Town. I have carried out recurrent fieldwork in South Africa since 2005 and in Denmark since 2010, with shorter fieldwork trips to Mauritania, Iran and France.

I Coordinate activities in the Ethnographic Exploratory, and am interested in deutero-learning, pedagogy and research-teaching integration in a community of practice. I supervise projects within visual and multimodal anthropologiy, the digital and emerging technologies, future anthropologies, gender, migration, Islam in/and Europe, South Africa.