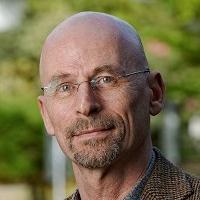 Primary research competencies
Since the late 1980s my research takes place mostly in Southeast Asia, in particular in Vietnam, although I have done archival and oral history research in the U.S., France and the U.K. as well. My doctoral dissertation research focused on the ethnohistory of the Central Highlander minorities in Vietnam. Subsequent research concerned development policies, human security, religious practices and the politics of heritagization.

I have published on processes of ethnic identification and classification; the history of anthropology; development and civil society; human security and human rights; cultural heritage; and religious and ritual transformations.

Current research
My project Global Europe: Constituting Europe from the outside in through artefacts (funded by a Sapere Aude DFF advanced grant from the Danish Research Council for Independent Research and starting in 2016) takes me out of Vietnam into new territories. It is based on the premise that the idea of Europe – as continent, as civilization, as social imaginary, as transnational territorial institution – has been studied from various disciplines, but usually from within Europe. Historically, the idea of Europe emerged through the collection, circulation, classification and museum exhibition of objects from outside of Europe – Africa, Asia and the America – in the curiosity cabinets of the early modern period when Europe rose to world dominance. The aim of Global Europe is to explore how the collection, circulation, classification and museum exhibition of objects define Europe from the outside in during Europe’s present loss of global hegemony – especially in relation to Japan and four non-European BRICS countries (Brazil, China, India, South Africa), in comparison with the early modern period of European ascendancy. The research will take place in museums in these five countries as well as in European museums, using anthropological, historical and museological methods.

Previous research
I am wrapping up my research on forms of (re)enchantment and sacralization in contemporary Vietnam, looking at ways in which religious and ritual traditions assume novel forms by sacralizing and ritualizing economic and political practice in the context of market and state integration. In particular, I explore how religious traditions and ritual processes (pilgrimage, festivals, spirit possession, state rituals) that are usually studied as discrete phenomena borrow from and influence one another when studied as everyday human practice rather than institutionally or theologically. In everyday life, practices commonly glossed as religious are intimately linked with practices considered to discursively and institutionally belong to different – economic or political – domains. Existential anxieties are increasingly linked up with market uncertainties and articulated through transactional forms derived from the market paradigm. Similarly, political risks are mitigated through ritualized action. My research shows that economic, political and religious practice – usually construed as separate societal categories – are guided by similar notions of the sacred or sacralization, thus providing a vista of social and cultural life under a series of overlapping ‘sacred canopies’.

Resume
I am  Professor in the Anthropology of Asia at the University of Copenhagen, affiliated with the KU Asian Dynamics Initiative. Until February 2011 I was Professor of Social Anthropology at VU University in Amsterdam. I received my doctoral degree from the University of Amsterdam, based on research on Vietnam’s Central Highlands. From 1996 through 2001 I was responsible for grant portfolios in higher education, arts and culture and sustainable development in Thailand and Vietnam on behalf of The Ford Foundation.

Recent book-length publications include Colonial Subjects (1999); Vietnam's Cultural Diversity (2001); The Ethnography of Vietnam's Central Highlanders (2003); The Development of Religion, the Religion of Development (2004); A World of Insecurity: Anthropological perspectives on human security (2010); The Routledge Handbook of Religions in Asia (2015) and thematic issues of History and Anthropology (1994), Focaal – European Journal of Anthropology (2006) and the Journal of Southeast Asian Studies (2007).